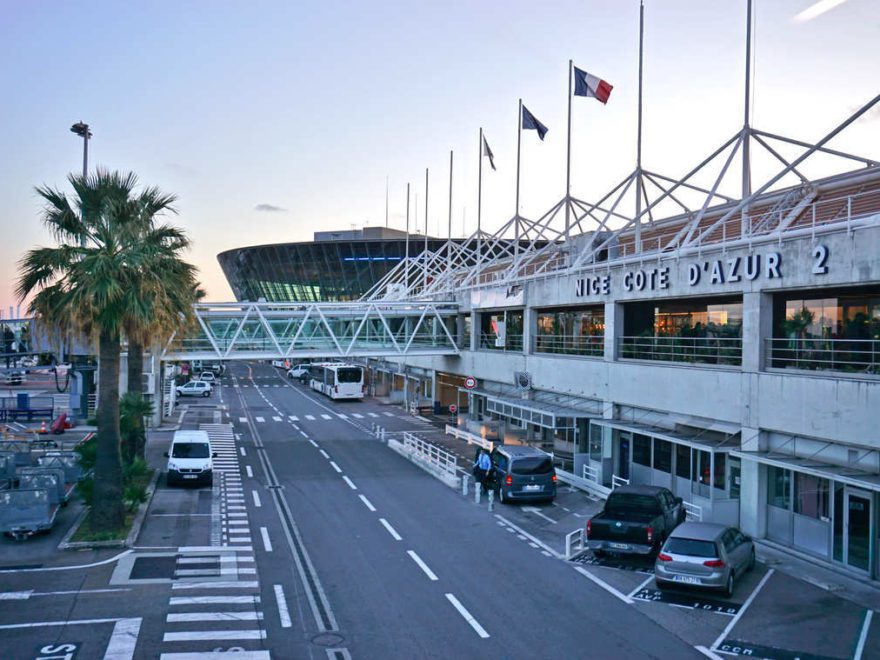 This is it, it’s official! The Nice Côte D’Azur airport is expanding! The prefect of the Alpes-Maritimes has signed a decree greenlighting an extension to the Nice airport, made public on Tuesday the 31st of December.

The building permit of the airport’s terminal 2 extension plans 25,000 m2 of extra floor area, to reach a total of 97.765 m2. The goal is to welcome up to 18 million passengers by 2022 (versus the current 13 million.) A number of regional parties gave their authorisation to the project, such as the Nice Côte D’Azur Metropolis, the National Air Engineering Service, the Azur Water Service, etc…

Serge Castel, the director of the territories and of the sea of the 6th department appeared on the 19/20 news on Tuesday the 7th of January. He spoke about the building permit.

A little bit of history

The International Nice Airport is the second most visited French airport just behind Paris with over 11 million passengers per year. It is the third largest French airport behind the Paris airports (Paris CDG and Paris Orly) and ahead of the Lyon St Exupéry airport and the Marseille Provence airport.

The Nice Côte D’Azur airport was built on a partially reclaimed area from the sea located in the extension of the Promenade des Anglais, bordering the Var river in the Arenas district. Landing takes place after a low altitude flight above the sea before touching ground. The air traffic in the area in 2010 reached 9,603,014 passengers, a slight decrease of 2.3% since 2009.
( source : http://www.villeaeroport.fr/pdf/historique_nice_28_07_2014.pdf )

Its unique geography allows passengers to enjoy a spectacular landing as they border the coastline of the French Riviera with a breath-taking view of the isles, the bays, the beaches, the snowy mountains in the winter and the city skyline which offers a magical sight in the evening time.

At your arrival in Nice by plane, you will enjoy before landing a sublime view from the sky of one of the most beautiful coastlines: the French Riviera welcomes you. You will fly over the most beautiful houses and their palm gardens on land, boats and yachts in the sea, Nice and the bay of Monaco.

The Nice Côte D’Azur airport is 7km away from the city centre at the western side of the Promenade des Anglais. It has two terminals, the airports 1 and 2 (the latter mostly welcoming Air France and Easy Jet flights.) Border control is relatively simple: show your passport, collect your luggage and head to the city or your accommodation: hotel, flat or holiday villa.

Nice Côte D’Azur airport: transport solutions to reach the city centre of Nice or the resort towns of the French Riviera.

Second biggest urban airport in France, the Nice airport sees itself as the most accessible for passengers who desire to reach their accommodation the fastest way possible.

Transfers at the Nice airport: Airport shuttle, AZUR line and the train

For those staying in Nice, certain passengers use the airport shuttle, a dedicated bus line (bus 98) which runs alongside the Promenade des Anglais all the way to the Old Nice, by the Garibaldi plaza and the port, and ends at the Riquier train station.

Taking the train is another possibility thanks to the three train stations in Nice that are quite close to the Nice Côte D’Azur airport: the Riquier station in the east, the Thiers station in the centre and the Saint-Augustin in the west which you can reach via the airport shuttle. Be careful if you decide to travel by train: make sure that it stops where you need to go.